← more from
Gravitas Recordings
Get fresh music recommendations delivered to your inbox every Friday.
We've updated our Terms of Use. You can review the changes here. 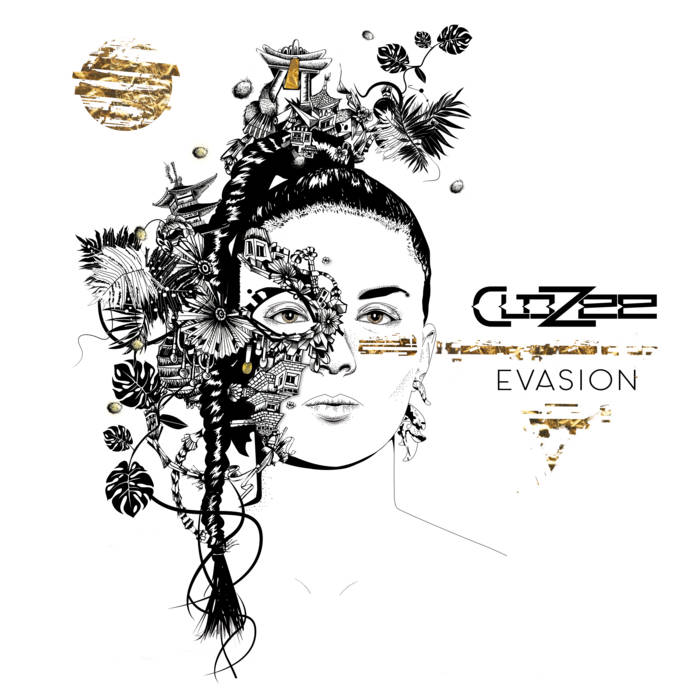 Shibui Whether you're a new or old fan of CloZee, this is an album you'll be talking about for some time. Evasion is full of surprises, with skillfully orchestrated sounds that will take you on a truly beautiful trip. Favorite track: Chinese Trip.

Eldafyre CloZee is what everyone wants and talks about. The big reason why people go to festivals and the most talked about when they go home. Favorite track: Spiral.

meatnordrink Evasion manages to combine beautiful music with groove. That's always what I go for. Favorite track: Our Voices.
more...

With an unmatched style of production and composition, French indie-electronic composer and producer CloZee invites fans to dive into the depths of their imagination, while sharing her experiences of traveling the globe, through her debut album Evasion. Released via Gravitas Recordings and Midnight Escape Records, the LP is comprised of ten mystifying tracks that each lend into a different cultural sound, allowing listeners to experience the ethereal magic Chloé Herry has discovered on her adventures of performing and sharing music throughout the world. Inspiration for Evasion was drawn from various different sources, including a night in the streets of Tokyo, a dancer, a beach in Les Landes, a stormy evening in the mountains, the jungle of Costa Rica, the #MeToo movement, and more. CloZee’s worldly productions acknowledge that music is a language we all understand, a universal dialect where there is a shared passion for music and expressing yourself via melodies and movement.

The title track, “Evasion,” invites listeners to evade reality and travel the globe through CloZee’s signature mesmerizing, worldly bass sounds. The dynamic track demonstrates Chloé’s abilities as a producer and composer, while using the force of sound to carry listeners to destinations they have never traveled to before. The beautiful “Evasion” music video was filmed in Southern France, in the luscious forest of Ariège, and the bustling city of Toulouse, and really brings the song to life. The video begins with two children parting ways in a forest and flashes forward to the two rediscovering one another. United by the art of dance, the two reunite to the music.

“Chinese Trip” is filled with the instruments of the nation that inspired the track to paint a picture of CloZee’s experiences in the Asian country. The track puts listeners into a trance as they explore the unique sounds of China. Featuring eloquent vocals from Cristina Soto, “Wander On” is a downtempo track with a powerful message. Comprised of a topline of beautiful lyrics and vocal chops over a mystical bassline, “Wander On” is a reminder of strength and to prosper on your journey, even in the darkest of times.

Pulling inspiration from the Nevada desert, “Desert” provides listeners with the unique experience of traversing the desert using native instruments and sounds that can’t be found anywhere else. The worldly, glitchy beats of this track make “Desert” a destination on the album where listeners can be fully immersed into the sounds and transported to the sands of a barren desert. “Bloom” concludes Evasion beautifully with gentle and trancy, ethnic sounds. It is filled with calming vocals that provoke the feelings of awe in listeners.

The world bass album Evasion provides fans with an adventure across the globe like no other album, offering a truly unique listening experience that can’t be found anywhere else. Fans can experience Evasion live through CloZee’s current world tour of the same name. With nearly 40 stops in the US and dates in Europe and Australia to be announced, CloZee will be serving up her signature sounds across the globe through her unmissable live sets.

Marketed and distributed by Gravitas Recordings in North America & Midnight Escape Records in Europe and other territories.

All Rights of the producer and of the owner of the work reproduced reserved. Unauthorized copying, hiring, renting, public performance, and broadcasting of this record prohibited.